Commonly known as R-744 when used as a refrigerant, carbon dioxide (CO2) has become one of the most popular natural refrigerants in recent times.

It is a refrigerant classified according to the Safety Regulations for Refrigeration Installations as “Safety Class = A1”, i.e. “non-flammable” and “low toxicity”.

It has excellent thermo-physical properties, although it poses difficulties due to its low critical temperature value (30.978°C) and its high pressures. It has a volumetric capacity that is much higher than that of conventional refrigerants.

What is a transcritical cycle?

It consists of only using CO2 in the unit and cooling it above the critical point, with no phase change during this cooling process. It is common for these systems to work with high compressor discharge temperatures, due to the need to reach high pressures (around 95 bar) in the gas cooler to be able to exchange heat with the environment.

In this type of cycle, the gas cooler pressure has an optimal value that the control must try to reach to avoid high energy consumption. 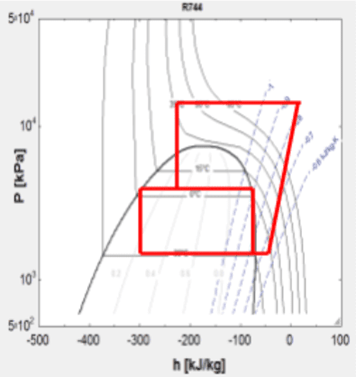 This same system can be applied to have positive and negative cold, using a booster assembly. The vapour generated in the pressure regulation valve is compressed by the MT compressors.

The downside of a transcritical system is its efficiency, as it has to compress the vapour generated at the gas cooler outlet, and it must overcome the high compression ratio. This is aggravated by a high outside temperature, as more vapour is generated.

In transcritical systems, in order to obtain operating efficiencies similar to conventional fluid systems, it is very common to use more complex cycles that result in improved efficiency, such as:

The aim is to avoid expanding the vapour at the tank outlet in order to then compress it again. It is compressed directly and the compression ratio is reduced (less electrical consumption + smaller compressor). The compressor’s envelope must be prepared. 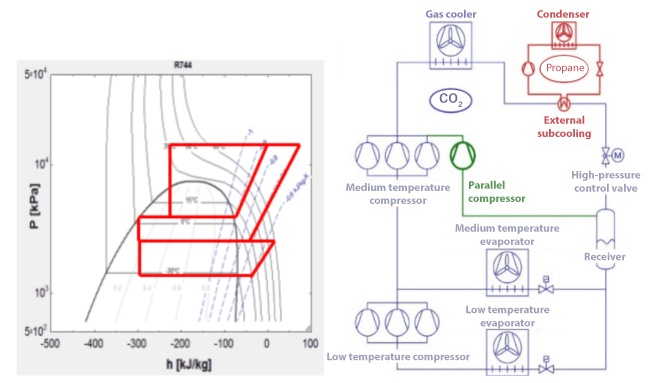 The aim is to reduce the gas cooler outlet temperature to below ambient temperature, thus generating less vapour in the expansion and reducing the work of the parallel compressor.

What is an ejector?

An ejector is a device that has been known since ancient times, typically used in vapour installations as a vacuum pump.

In CO2 installations, it takes advantage of the expansion at the gas cooler outlet, increasing the pressure of another refrigerant line and requiring no additional loads.

It moves the gas from the MT suction line to the parallel compressor suction line, reducing the compression ratio and thus the energy consumption.

In this design, the evaporators work without reheating (flooded). The ejector will act as a liquid recirculation pump. As there is no reheating, the suction of the compressors is at a higher pressure, thus reducing the energy consumption.

Just like a condenser, it allows the inlet temperature to be reduced with a high outside temperature and relatively low humidity.

Heat reclaim in the transcritical cycle

In transcritical cycles, the high CO2  discharge temperature allows a better use of energy, and due to working in the supercritical region, a high DHW production temperature can be obtained. As there is no phase change, a higher temperature can be reached than with other refrigerants. 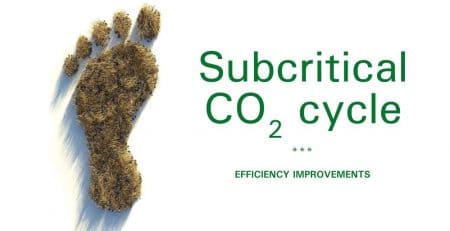 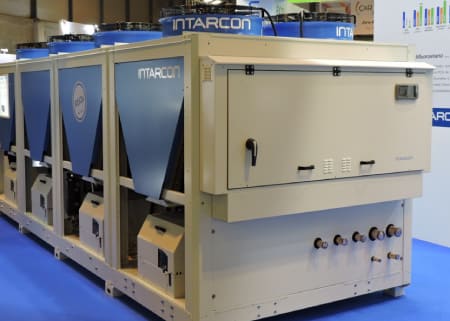 From first January 2014, a new tax regulation on fluorinated gases is into force in Spain, which taxes the HFCs... read more