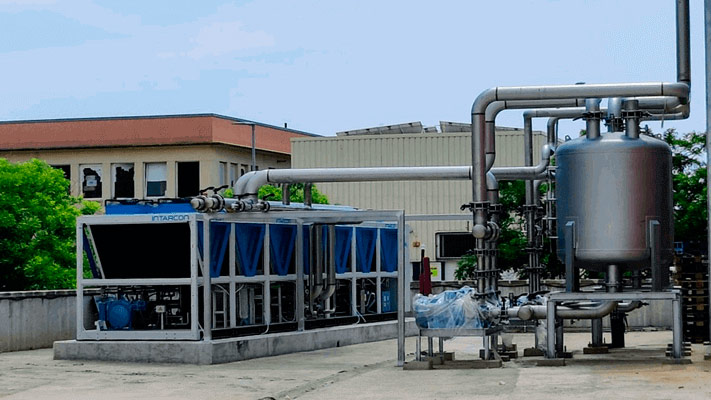 We are at a key moment in the new era of the refrigeration sector. In this new decade of “fighting climate change”, fluorinated refrigerants with a high greenhouse effect will be definitively abandoned in favour of alternative refrigerants and solutions. Natural refrigerants have advantages and disadvantages, and solving these disadvantages are the technological challenges we face today.

Half a century of waves of innovation in very safe and manageable synthetic refrigerants have led to the development of the commercial refrigeration and air conditioning sector, but unfortunately at the cost of initially unknown environmental consequences.

Each new synthetic refrigerant has given rise to a new threat to the environment: CFCs to ozone destruction (ODP), HFCs to global warming (PCA) and for HFOs the scientific community is already warning of the potential threat of trifluoroacetic acid (TFA).  Only a return to natural refrigerants seems to guarantee the long-term sustainability of the planet.

The term “natural refrigerant” is controversial, because all refrigerants are produced or synthesised in industry. In contrast to so-called “synthetic refrigerants”, however, natural refrigerants are substances that are already present in nature in significant quantities. Their release into the atmosphere by man, whether deliberate or accidental, therefore doesn’t disrupt the environmental balance. This is the case, for example, with ammonia, which originates from the decomposition of organic matter, and is part of the natural nitrogen cycle.

It is environmental policies, mainly led by the European Union, that have forced a reduction in the use of fluorinated gases and promoted the development of natural refrigerants, initially in the commercial refrigeration sector, and later in the air conditioning sector. In effect, at the last meeting to evaluate the effectiveness of the F-gas regulation, a 37% reduction in the commercialisation of fluorinated gases, or the equivalent of 47% in CO2 emissions, was noted.

This reduction in emissions from 2014 to 2019, estimated at 44 MtCO2eq, has been mostly due to progress in the refrigeration sector (62%), both through the introduction of HFOs and natural refrigerants. Similar reductions are expected in the coming years in the air conditioning sector, and in mobile refrigeration, where the imminent revision of the FGas regulation will introduce new measures.

Ammonia or R717 is known to be an excellent refrigerant with high cooling performance, thanks to its unique thermodynamic properties. However, its high toxicity, rather than its slight flammability, is the disadvantage for its use in or near public premises. For this reason, it has traditionally been restricted to large industrial systems, where it has survived the industry’s vagaries. However, recent low ammonia charge technologies have succeeded in increasing system safety by reducing the refrigerant charge required to produce cold. As an example, recent developments in ammonia chiller, with microchannel condensation, critical charge and dry expansion, have achieved specific refrigerant charges as low as 70 g/kW refrigerant, the lowest in the history of refrigeration.

Another interesting application of low-charge ammonia technology, which is proving very successful in Australia, is direct expansion systems as opposed to pumped ammonia systems. Advances in electronic refrigerant expansion control systems, together with the development of ammonia-miscible oils, have solved the two main difficulties. The new technology is able to reduce the ammonia charge in the system to less than one twentieth, with the safety benefits that this brings.

In commercial refrigeration, the transcritical CO2 cycle has become popular in Europe and Japan as one of the best solutions for large supermarkets, thanks to the excellent cold transport characteristics of CO2. However, the low performance of the transcritical cycle at ambient temperatures above 25°C has required the development of advanced cycles for the extension of these systems to hot climates in southern Europe. Among the various sophistications that the industry has proposed over the last decade, from mechanical subcooling to ejectors, parallel compression seems to be the most successful. Based on this principle, recent developments in scroll compressors with medium pressure vapour injection are also promising. The expansion of CO2 in commercial refrigeration is accompanied by a better and larger choice of components and a reduction in prices. In the coming years we will see CO2 systems extend their application in the lower power range with compact units and mini power plants with built-in gas coolers.

The lesser efficiency of the transcritical cycle at high evaporation temperatures has been and still is an obstacle to its application in the air conditioning sector. With the notable exception of heat pumps for instant hot water production, where the transcritical CO2 cycle provides good performance. This type of equipment has been marketed in Japan with great success for a decade.

The properties of hydrocarbons as refrigerants have been known since the beginnings of mechanical refrigeration. However, their high flammability has traditionally excluded them as a first option.

Among the hydrocarbons, isobutane or R600a has become standardised for domestic refrigeration with millions of units manufactured each year. The charge of just 100 grams of refrigerant poses no appreciable risk in a kitchen.

On the other hand, propane or R290 is successfully used in small compact air conditioning and refrigeration, such as cold room monoblocks and refrigeration units with built-in units. Another recent application is the use of R290 in systems with indirect condensation, waterloop systems, for which several compact water-loop condensing units and equipment have recently been developed, and which are being successfully used in commercial refrigeration applications such as small supermarkets or industrial kitchens.

The use of R290 in medium capacity chiller plants has made indirect systems popular in commercial refrigeration applications in medium-sized supermarkets. The excellent cooling performance of R290 compensates for the disadvantages of the secondary circuit, and a suitable design of the equipment with a reduced load, together with its outdoor location, makes this a safe solution. The versatility, reliability and manageability of indirect systems compared to the direct CO2 expansion alternative has created a high demand for R290 chiller plants in Central and Northern Europe.

Recent regulatory changes in Europe (EN 378) and in Spain (RSIF 2019) open up an interesting possibility for the application of flammable refrigerants such as ammonia or propane in air conditioning applications, which were previously banned. The low-charge technologies applied to both refrigerants allow the risk to be reduced to acceptable levels. This is why the use of ammonia or propane in chiller plants and heat pumps for air-conditioning is now possible.

Finally, we are at a decisive moment in which, after a period of transition and coexistence with fluorinated refrigerants with a moderate greenhouse effect, natural refrigerants will satisfy the various needs of the refrigeration and air-conditioning sector. There is currently a wide range of solutions on offer, with their advantages and disadvantages for the various applications, which will have to find their place in the market. Their evolution and improvement will condition the possibilities of each one of them, and it shouldn’t be forgotten that, as important as the type of refrigerant, for safety and cost reasons, the reduction of the system load will play an essential role.

If we look at the commercial refrigeration sector in the cooling capacity range, we can see that propane (R290)... read more 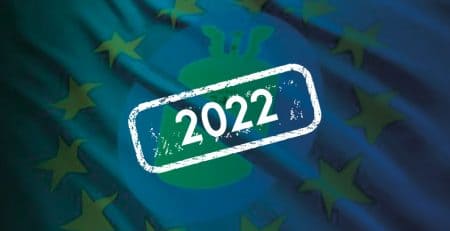 New restriction of the F-Gas regulation

Two out of three refrigeration installations in supermarkets will be obsolete from last January of 2022.With the new year,... read more Since its beginnings, INTARCON has been committed to the training of young people who will be the professionals of... read more