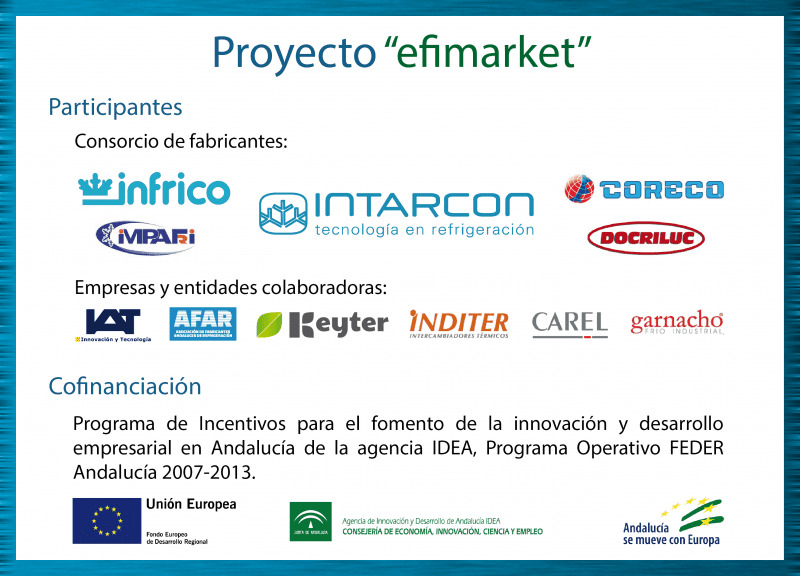 The reach of the project encompasses research, development and testing of new refrigeration systems for supermarkets, together with the individual development of individual subsystems and units that make up the refrigeration installation. The project has spanned the stages of initial investigation, development and construction of prototypes and construction of a pilot plant, where each manufacturer contributes a part to the system.

Finally, the project has addressed the execution of the installation of the pilot plant for testing of the system and its group of terminal units, for this, a 100 m2 location has been constructed as a supermarket test location.

The Efimarket project is characterised by:

The pilot installation is located at IAT,(Technological Centre for Engineering and Management of Innovation) located in Lucena (Cordoba).